The Community-Led Local Development (CLLD) instrument is one of the most interesting “territorial delivery mechanisms” of the current EU 2014-2020 programming period. Built on the former LEADER project, it attempts to overcome the sectorial (rural or maritime) approach of the previous instrument through a more integrated local-development policy agenda for ad-hoc sub-regional and urban areas. Despite some administrative complexities, this instrument has offered the ground for interesting governance experimentations that are worth investigating from a theoretical and empirical perspective. Among the various dimensions, it is interesting for the tailoring of a specific area (from urban neighbourhood to cross-border regions), for the explicit bottom-up dynamic and community engagement (as mentioned in its acronym), and for the setting and the implementation of an integrated and strategic plan fostering local development.

These were the ideas behind the launch of a special session in the annual Regional Studies Association conference, which was dedicated to the theme “Pushing Regions Behind Their Borders” and that took place in Santiago de Compostela (Spain) on the 5th June – 7th June 2019. The special session was titled “Community-Led Local Development (CLLD): experimental governance and task-specific space for policy action”.

The call for contribution to the special session underlined that the tailoring of the task-specific regional constituency for policy action is a key concern for regional studies, as well as for political science and local and regional planning. Together with the investigation of the policy for which the tailored region is conceived, a broad variety of studies have underlined the importance of other dimensions, such as:

Accordingly, the session was interested to gather studies, cases and approaches to the CLLD that follow these lines of investigations. It aimed at sharing knowledge and experiences that could include, but were not limited to, the following four sub-themes:

The call for participation received 6 contributions, which were articulated in 2 well-attended sections.  The line-up, with authors and title of their presentation is presented here below.

a. Loris Servillo (UCL, UK; Politecnico di Torino, IT)– Tailored Polities and Bottom-up Dynamics in the Shadow of the State’s Hierarchy: The CLLD Implementation and a Future Research Agenda.

This presentation framed the entire special session, discussed the several theoretical implications for the investigation of the CLLD and gave an overview of the implementation of the more than 3000 LAGs across the EU. 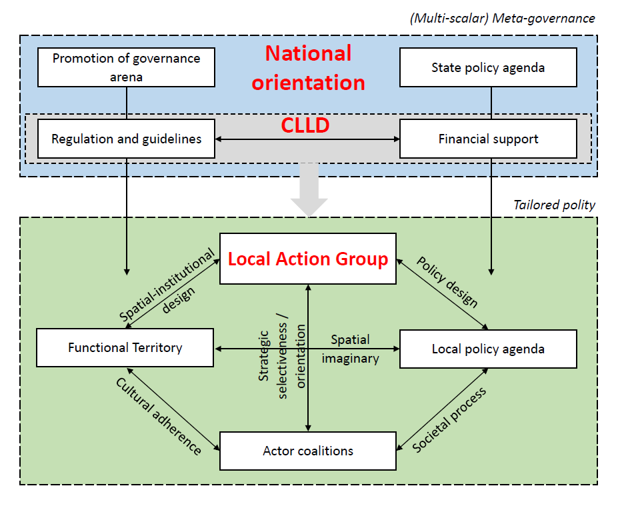 Building on the previous presentation, a more in-depth overview of the LAG characteristics was presented, zooming-in in few countries, such as Sweden, Slovenia, and Czech Republic. 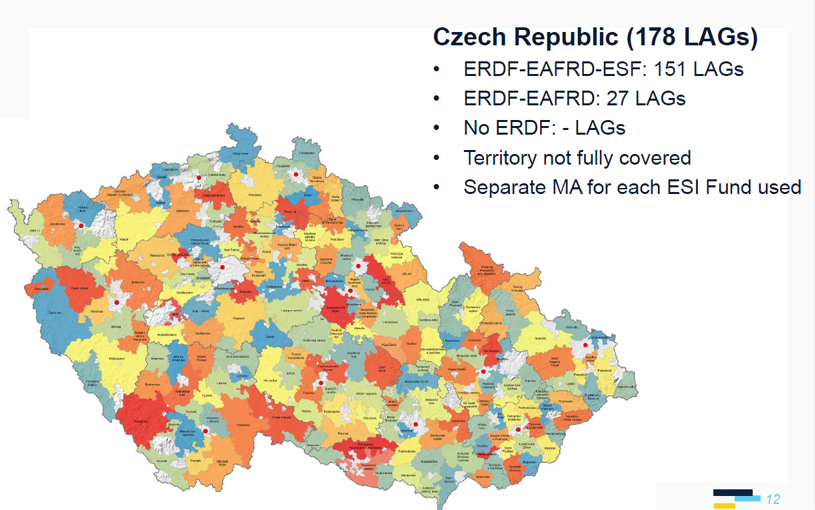 This presentation provided an overview of the urban application of the CLLD, in particular in the Hungarian context, which is characterised only by urban-CLLD, and a zoom-in of a specific case.

This presentation addressed an interesting and original dimension: the perception of the local development initiative from the non-participants’ perspective. It presented some early findings of an ongoing research in some German rural areas interested by CLLD initiatives.

An insightful overview on the operative implementation of CLLD gave specific details of administrative virtues and struggles in LAG areas, coming from a direct reporting of the fisheries LAGs across the EU. 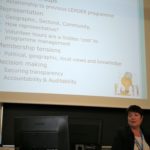 The Cornwall case exposition provided a very detailed and brilliant exposition of the cultural dynamics that generated the strategy, of the added values of the integrated approach, of the administrative constraints that a multi-fund CLLD could face at the local level, and of the role that the upper levels retains in supporting or hampering the process.

Additionally, we clustered the special session at the RSA conference dedicated to the role of research in policy making: Strengthening the Impact of Research on EU Local Development Policies.

The various presentations and the vivid discussions that took place in both sessions provided a series of interesting insights. Few conclusions can be drawn from the two debates.

Servillo L. (2019) Tailored polities in the shadow of the state’s hierarchy. The CLLD implementation and a future research agenda, European Planning Studies, 27(4), 678-698.

Servillo, L., De Bruijn, M. (2018). From LEADER to CLLD: The Adoption of the New Fund Opportunities and of Their Local Development Options. European Structural and Investment Funds Journal, 6(3), 223–233.

LDnet is an informal network set up in 2011 to bring together knowledge and people in local development. People who wish to make a contribution to local development can participate in the network. LDnet is supported by the non-profit LEDA-LDnet Association. The aim of the Association is "to develop and spread knowledge and expertise enabling … END_OF_DOCUMENT_TOKEN_TO_BE_REPLACED