There are many challenges facing the implementation of CLLD and the multi-fund approach. A recent seminar European Seminar on CLLD took place on 8-10 November 2017 in Győr, Hungary, focusing on capitalising and learning from experiences of applying CLLD in rural, urban and coastal areas. Participants also discussed how to use European programmes and funds better in supporting local capacity building and bottom-up local initiatives, and touched on the hot issue of CLLD and the future. The programme of the Győr seminar and the speakers’ presentations can be found at ‘Capitalising on CLLD experiences – Building resilient local communities’.

The discussions at Györ and other forums in the final months of 2017 have shown that many of these challenges are serious and they have not yet been satisfactorily tackled in the 2014-2020 period and already pose fundamental questions for the longer term. They also offer hints of how some of the key issues could be addressed and in many ways have kicked off a debate that will intensify in 2018 linked to the new multi-annual financing framework of the EU and the future of Cohesion policy. 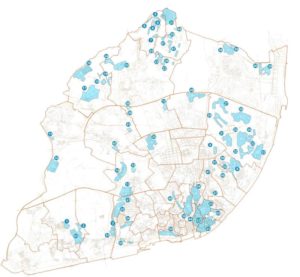 The relevance of ‘urban CLLD’ has been underlined in the recently published lessons from neighbourhood management in Berlin – see Pietro Verga’s paper. However, the very limited take-up of the CLLD approach in urban areas in the 2014-2020 period is a key area of concern. This challenge was highlighted in the experience of Helsinki which was presented by Pirjo Tulikukka, Helsinki Neighbourhoods Association at the workshop organised by LDnet at EWRC 2017 (‘CLLD challenges and solutions from Helsinki’).

Participants at the Györ seminar had also the opportunity to hear about the experience of the ‘CLLD Network’ in Lisbon which encompasses more than 150 associations collaborating with the goal of combating poverty in the city. The CLLD Network has been promoted by the City of Lisbon, which has been experimenting with a series of programmes to promote civic engagement especially in socio-economically challenged neighbourhoods. 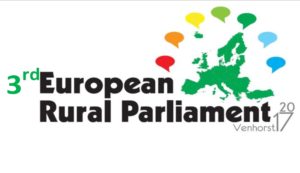 Making the multi-fund approach work is a central concern. It was the focus last year of a European seminar in Båstad, Sweden, which explored how to strengthen the LEADER/CLLD approach in the four different EU funds that can be used for CLLD. However, most of the attempts made in the current programming period 2014-2020 are ‘tinkering’ with the system and have not produced conducive solutions. During the 3rd European Rural Parliament held in Venhorst in the Netherlands in October 2017, participants in one of the workshops led by Kristiina Tammets (ELARD Presidency) discussed and co-designed a new model for the coming programming period 2020-2026. A new CLLD-fund is the core element of the developed proposal, which shall be funded by 10% of each, already existing ESI Funds (ERDF, ESF, EAFRD and EMFF). This bold proposal has set the ball rolling in the search for an ambitious solution to the perenial multi-fund problem.

A call for a strategic rethink on CLLD

There are already calls for a radical rethink – see the CARMEN proposal. In his presentation on ‘CLLD and the future’, at the Györ seminar (see link above), Peter Ramsden posed some fundamental questions that need to be answered if CLLD is going to make a decisive contribution and provided some pointers for a more strategic debate beyond the ‘mechaniscs’ of funding and managind CLLD.

Is CLLD stuck in a loop?

Is territory so relevant in digital times?

CLLD and the future

LDnet is an informal network set up in 2011 to bring together knowledge and people in local development. People who wish to make a contribution to local development can participate in the network. LDnet is supported by the non-profit LEDA-LDnet Association. The aim of the Association is "to develop and spread knowledge and expertise enabling … END_OF_DOCUMENT_TOKEN_TO_BE_REPLACED