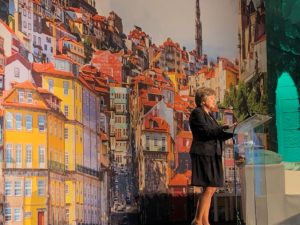 The upcoming new season of Cohesion Policy looks to be a promising one for local development; at least for what emerged during Porto’s URBACT CityLab and CITIES Forum (29-31 January 2020).

The CityLab and the Forum touched upon key topics for the future of local development, including: the objectives and priorities of the Commission for the new programming period; the renewal of the Leipzig Charter; the launch of the European Urban Initiative; and the position of CoR, EESC and ELARD on Partnership and Subsidiarity.

First, in her keynote speech, new EU Commissioner for Cohesion and Reform, Ms Elisa Ferreira, recognized the pivotal role of cities, irrespective of their size, within the European social, economic and environmental systems, both from the point of view of challenges and transformations. Urban areas are indeed facing challenges of concentrated poverty and increasing inequalities; climate change and congested mobility. At the same time they are ideal experimentation labs since they are also the arenas of citizens’ and stakeholders’ participation; of smart mobility solutions and green experimentations; of digitalization, innovation and growing prosperity.

Second, in view of its presidency semester, Germany is preparing the renewal of the Leipzig Charter, which will focus on sustainable development, prioritizing the green, just and productive city. Additionally, Cohesion Policy will adopt new territorial nomenclature based on Functional Urban Areas (FUA, as defined by the OECD and the Commission), hence associating and strengthening the linkages between urban areas and their rural surroundings.

Furthermore, the new regulation will attempt to adjust the ESI Funds to the real need of cities to be closer to citizens (at least 6% of MFF to the Objective 5), as well as to promote capacity building for cities in order to get integrated cross cutting policies. Integration, multilevel governance, participation, co-creation, and common good will be the keywords.

Third, building on the previous experiences of URBACT, the Urban Agenda and Urban Innovative Actions, and in pursuit of more efficiency and better coordination of EU urban policies, the European Urban Initiative is being developed. The EUI will foster an integrated participatory approach with a strategic link to EU policies, and it will combine capacity building; knowledge, policy and communication; and innovative actions.

Fourth, the CoR, EESC and ELARD have presented a joint document on partnership and subsidiarity. The document stresses the importance of territorial instruments such as the ITIs and the CLLD, and claims for the need to better recognize the achievements of Local Action Groups (LAGs) in order to have a stronger body of knowledge and evidence for negotiating the enabling of such instruments with the regional and national governments. 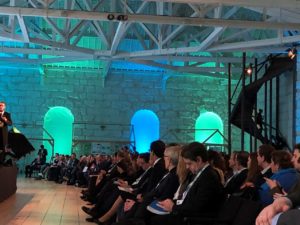 Additionally, the document also proposes the creation of a CLLD support unit at EU level as well as the development of specific training programmes in order to assist and empower local urban actors and public administration in the implementation of locally-based measures.

What emerged from the CityLab and the CITIES Forum allows expecting a very promising season for local development initiatives across Europe. In particular, within this framework, LDnet efforts of bridging research and knowledge with practice and policy-making seem particularly relevant, and might open up to interesting opportunities in the near future!

LDnet is an informal network set up in 2011 to bring together knowledge and people in local development. People who wish to make a contribution to local development can participate in the network. LDnet is supported by the non-profit LEDA-LDnet Association. The aim of the Association is "to develop and spread knowledge and expertise enabling … END_OF_DOCUMENT_TOKEN_TO_BE_REPLACED