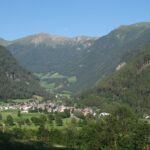 This study has been carried out by Jean-Pierre Vercruysse for Directorate D, DG REGIO of the European Commission with the purpose of better understanding the added-value of cross-border CLLD in the framework of Interreg.

We publish below the Executive Summary of the study and we’ll add the link to the full report when published.

Innovative approaches to local development, prioritising local knowledge to address local problems with local solutions, was gaining importance across the world in the 1990s.In the EU, Community -Led Local Development (CLLD) has been applied in rural development policy since 1991, when the European Commission launched the LEADER Initiative.

Interreg is one of funds in which CLLD could be used to finance cross-border projects by LAGs as is the case in the Italy-Austria (IT-AT) Interreg programme since 2014. DG REGIO in the European Commission wished to identify key lessons from this experience in order to promote CLLD in other cross-border areas. Therefore, a case-study was commissioned in the cross-border area between Italy and Austria.

The report includes descriptions of the four LAGs supported under the IT-AT programme and their areas, as well as a short presentation of 34 cross-border projects financed by the LAGs.

Despite the relative complexity of this new delivery mechanism, the implementation of CLLD in the IT-AT programme is progressing well: by August 2022, 87% of the budget had been allocated to 204 projects; their average budget is 67.000 Euros. Projects fall in two categories: 135 small projects (up to 50.000 Euros) and 63 medium projects (up to 200.000 Euros) were selected. The balance between small and medium projects varies between the LAGs.

CLLD has been considered a success by the managing authority and the new IT-AT cross-border programme allocates a higher budget to CLLD, despite a general reduction in the Interreg budget.

The purpose of this study is to analyse CLLDs in a cross-border context and address the following questions:

A. The main added-value of using CLLD in cross-border territories derives from the implementation of CLLD’s specific features:

B. Key success factors in the IT-AT context include:

C. Difficulties in implementing CLLD in a cross-border environment have been identified:

D. Recommendations for the future include:

LDnet is an informal network set up in 2011 to bring together knowledge and people in local development. People who wish to make a contribution to local development can participate in the network. LDnet is supported by the non-profit LEDA-LDnet Association. The aim of the Association is "to develop and spread knowledge and expertise enabling … END_OF_DOCUMENT_TOKEN_TO_BE_REPLACED