During the last years Mali has been facing serious challenge to political stability due to the pressure by jihadist groups. However, there are many good reasons to believe in the recovery potential and long-term resilience of Mali due to the strengthening of the institutional capacities at local and regional level.

One of the main drivers of this evolution is a decentralization programme supported by the German cooperation which has, since 2001 helped to build up the capacities of local authorities. These have turned out to become, during the times of the transitory military putsch in 2012, the pillars of stability and guardians of democratic continuity in the country.

On behalf of the German Federal Minisry for Economic Cooperation and Development (BMZ),  in 2015 Deutsche Gesellschaft für Internationale Zusammenarbeit (GIZ) GmbH stepped up its support to the Malian government with a programme called PADRE (Support Programme to Decentralization and State Reform) at national level and in the regions of Kayes, Mopti and Ségou: Moreover it recently got additional funding for accompanying the local authorities in the northern region of Gao in the reconciliation and stabilization process, as well as, prospectively for the Western region of Kayes, to reintegrate returning migrants whose asylum adventure in Europe has aborted (by rejection or own decision to go back), but also to create employment and income for young people who might otherwise decide to leave the country. All in all, almost half of the population in Mali lives in the regions supported by PADRE.

The main support of the project is geared towards financial decentralization and accountable local governance, the capacity of local authorities to manage the attributed budgets and to generate proper resources, all this in transparent and participatory ways, following the principle of double control, namely the national supervisory bodies and the local citizens themselves. Besides supporting the peace and reconciliation process via the “community debate”, PADRE also strongly bets on the gender agenda, having successfully introduced the so-called “female plenaries” at local level in several pilot municipalities. Following these pilot examples, more than 50% of the Malian municipalities have already adopted regular public accounting procedures, which were eventually enacted in national legislation by 2012. Increasing focus is given to local and regional economic development with the public and private sector working together to build economic strength through renewed infrastructures and a more dynamic and cooperative performance of small and medium enterprises.

The considerable agenda goes along with a strong financial input. The overall programme budget amounts to 25,5 Mio. EUR over a four-year period from 2015 to 2018. The major part of it comes from the German government, but it also includes some co-financing from the European Union (2,5 Mio.). 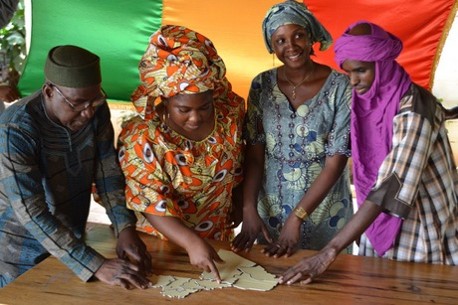 LDnet is an informal network set up in 2011 to bring together knowledge and people in local development. People who wish to make a contribution to local development can participate in the network. LDnet is supported by the non-profit LEDA-LDnet Association. The aim of the Association is "to develop and spread knowledge and expertise enabling … END_OF_DOCUMENT_TOKEN_TO_BE_REPLACED