A short participant’s report on the 16th EURACADEMY Summer Academy

From 4th to 8th September 2017 the 16th Summer Academy of the EURACADEMY Association was held in Midleton, County Cork, Republic of Ireland. Participants from across Europe including Croatia, Estonia, Germany, Greece, Hungary, Ireland, Poland, Scotland, Slovenia, Wales and Armenia worked together with local communities in South East Cork on the topic of “resilient rural communities”. 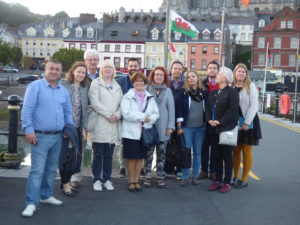 EURACADEMY Association is a multi-national, inter-disciplinary team of university teachers, researchers and consultants on rural development with a core aim of promoting capacity building in rural areas. The yearly Summer Academy is the association´s main contribution to the promotion of expertise and good rural development practices. This successful format has existed since 2002 and has been held on different topics of interest for rural scholars and developers, such as: rural NGOs, social enterprises, cultural and creative industries or tourism. For more information on the past Summer Academies, check the following Link: http://www.euracademy.org/events/summer-academies/. This year the SECAD (South and East Cork Area Development) Partnership co-hosted the event mentioned and organized not only excellent premises for seminars and meetings, but also offered a series of truly interesting field trips to active local communities in the South and East Cork area.

After the opening speeches by the representatives from County Cork and the SECAD Partnership, Dr. Sarah Skerratt (SRUC) presented a comprehensive introduction to the concept of resilience. This enabled the participants to compare and supplement their own understanding of resilience in rural areas with the current state of research. Among other things, she warned of the seeming “panacea” effect of the term and encouraged the participants to devote some thought to the differing initial situations and resources among rural communities. After all, it is possible that the resilience debate creates unjust pressure on these rural communities.

In addition, Dr. Brendan O’Keeffe (University of Limerick) presented an interesting field study on “Rural Vibrancy” and discussed with the participants the high demands placed on civil society in the context of the discourse on resilience. Lastly, Dr. Danielle Kelly (Yunus Centre for Social Business & Health, Glasgow Caledonian University) contributed to the discussion with her practical experience in the context of resilience from rural communities in the remote Scottish islands.

On the second day, practical examples were presented and discussed in small working groups. Among other things, the historical development of the first Irish ecovillage, Cloughjordan , was explained. The discussion focused on the relationship with the old-established residents of Cloughjordan and how the acceptance of the ecovillage developed, as well as the influence it exerts on other communities.

The unique feature of the Summer School this year were three field visits to the communities of Carrigaline, Minane Bridge and Carrigtwohill on Wednesday, September 6. Experienced SECAD staff led the small groups of experts around the localities and organized informative talks and guided tours with councillors, associations and local stakeholders. All three examples presented different challenges and resources, as well as a background in resilience. Consequently, the participants’ task was to get relevant information for a resilience analysis from the local stakeholders. Based on this, recommendations for sustainable development were to be provided by the expert groups in the form of a resilience report.

On the fourth day of the Summer School, a visit to the historic University of Cork was organized. After this, the participants were able to work on their resilience analyses with the support of SECAD employees at the Cork University Business School (CUBS) facilities. For the last day of the Summer School, written resilience reports and presentations were prepared for all three sample villages in the small working groups. 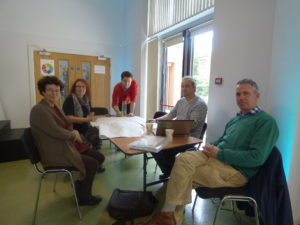 As a conclusion to the EURACADEMY Summer School 2017 on the resilience of rural communities, the three resilience reports were presented and discussed at the headquarters of the SECAD partnership in the presence of local actors on Friday, 8 September.

A clear result of this intensive week was the emergence of the need to establish a knowledge base on the resilience of rural communities. The concept can now be found in use by many rural scholars and practitioners but does not yet have a sufficient foundation, neither in theory nor based on the experiences of villages and communities practising resilience. Thus, the establishment of a network for resilient villages and small towns was another proposal arising from the 16th Summer School. It became clear from the discussions that maintaining existing areas of action and recovering those lost by local communities are decisive to a higher degree of resilience. This looks very diverse in the EU as a whole due to different cultural histories and political traditions: the notorious principle of subsidiarity is practised and implemented in very different ways. In any case, many rural communities are working towards increasing their resilience; the common denominators appear to be the following: a lively culture of participation and integration, committed local actors and associations, a good and constant interchange with the structures and leaders of political and administrative institutions, a strong sense of identity and belonging, as well as a vision of the community’s future.

The next summer academy is planned for the summer of 2018 in the Tartu region in Estonia.

LDnet is an informal network set up in 2011 to bring together knowledge and people in local development. People who wish to make a contribution to local development can participate in the network. LDnet is supported by the non-profit LEDA-LDnet Association. The aim of the Association is "to develop and spread knowledge and expertise enabling … END_OF_DOCUMENT_TOKEN_TO_BE_REPLACED