ELARD  organised this conference from 30.11 to 3.12.2021 in Halmstad (Sweden) to celebrate 30 years of LEADER and also to look forward: “We will take a look on successful LEADER-implementation during 30 years, but also investigate how we can work for local democracy and participatory approaches all over rural Europe in order to build a viable Europe”.

The conference wasn’t planned to be digital. The speeches and panel debate, on the other hand, were recorded and will be uploaded after the conference. For more information and updates go to ELARD. 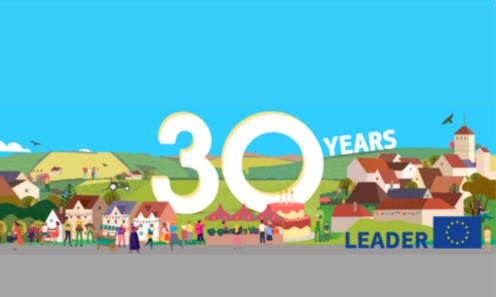 About the 30th Anniversary of LEADER

The LEADER Programme celebrates its 30th anniversary this year. Established by the European Commission on the 19th of March 1991, LEADER is multi-annual, Community-led Local Development (CLLD) programme focussed on engaging a wide range of local actors in the design and delivery of rural development strategies and allocation of resources. Providing rural individuals and community groups with greater decision-making responsibilities around the future development and direction of their local area not only helps revitalise rural society by creating greater employment opportunities at local level, but also builds strong social cohesion and collaboration within rural communities. The LEADER Programme is therefore well positioned to become the key policy ingredient and catalyst towards the ‘smart’ revolution of rural towns and villages throughout Europe, in line with the EU Action for Smart Villages initiative, launched by the European Commission in 2017.

The acronym ‘LEADER’ derives from the French phrase “Liaison Entre Actions de Développement de l’Économie Rurale’ which means, ‘Links between activities for the development of rural economy’. It was first introduced in response to the failure of traditional, top-down policies to address problems faced by many rural areas in Europe. Through its ‘bottom up’ framework, the LEADER Programme now supports the delivery of local development actions which address the overarching needs of rural communities across the European Union (EU) in an innovative, integrated and inclusive manner.

LDnet is an informal network set up in 2011 to bring together knowledge and people in local development. People who wish to make a contribution to local development can participate in the network. LDnet is supported by the non-profit LEDA-LDnet Association. The aim of the Association is "to develop and spread knowledge and expertise enabling … END_OF_DOCUMENT_TOKEN_TO_BE_REPLACED