It aimed to explore how local initiatives or local action groups working in the context of CLLD can act as a motor and platform for social innovation at grass roots level.  There are many connections between local development methods and social innovation, especially the pulling together of a stakeholder group involving the main public, private and third sector actors at local level and the engagement with end-users to understand problems.

These groups often go beyond economic development to address social and environmental issues in their localities.  They build assets and local institutions often using forms of mixed market solutions such as social enterprise models and cooperatives to improve quality of life for citizens.

Concrete examples were discussed as well as how to build capacity of groups to deploy well tested models of social innovation.  The emphasis was on the similarities and differences between social innovation initiatives in cities as compared to rural areas, as well as on urban/rural links. The Lab was introduced with a presentation by Peter Ramsden on urban social innovation, supported by various policy schemes – click below:[bsk-pdf-manager-pdf id=”71″] 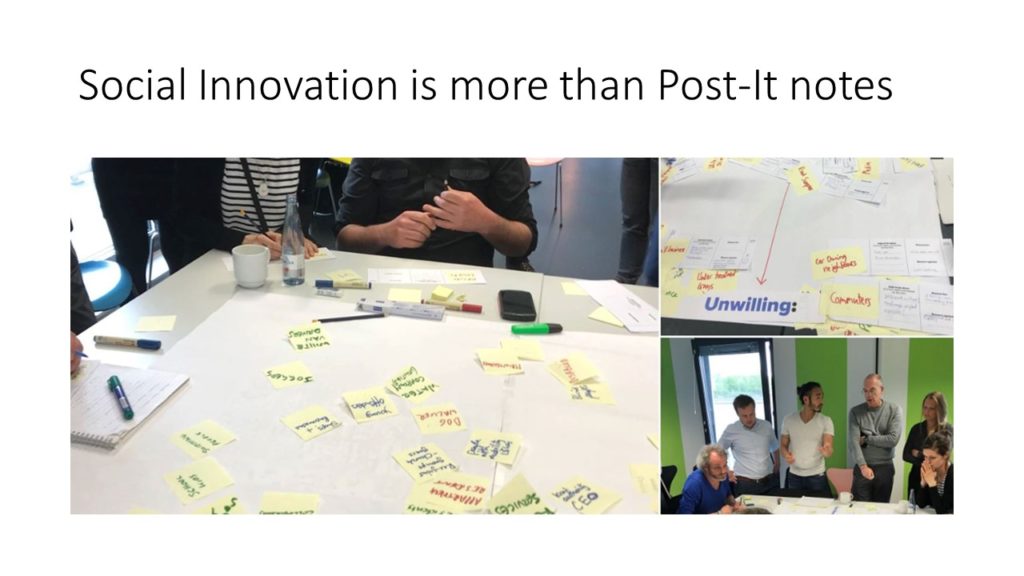 Some points captured from the LDnet LAB discussion:

The LEADER approach and social innovation in rural areas – a liaison?

LDnet is an informal network set up in 2011 to bring together knowledge and people in local development. People who wish to make a contribution to local development can participate in the network. LDnet is supported by the non-profit LEDA-LDnet Association. The aim of the Association is "to develop and spread knowledge and expertise enabling … END_OF_DOCUMENT_TOKEN_TO_BE_REPLACED