On 9 October 2019, as part of EWRC2019, LDnet, organised a workshop  in partnership with ELARD on ‘Capitalising on diversity in local development’ under the theme ‘A Europe Closer to Citizen’.

The workshop aimed at demonstrating that bottom-up approaches to local development, like CLLD, have succeeded in engaging ‘Unusual Suspects’; people left out of mainstream development strategies. The workshop discussed urban and rural case studies from different parts of Europe that illustrate how different groups especially women, minorities and young people have been engaged in designing and implementing local strategies. 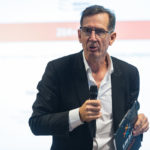 Susanne Thurén presenting the case of the City of Umeå, and the local approach of working with women for a gender equal city;

Marina Martínez and Mireia Albors discussing the strategy for mobilising women adopted in the implementation of community action in the B-MINCOME project (Municipality of Barcelona);

Urszula Budzich-Tabor conveying her studies on the strategic – but often invisible – role of women in fisheries.

In conclusion, Pietro L. Verga (LDnet board member) highlighted a set of common lessons that can be learnt from the experiences and studies discussed during the workshop, and that are summarised below. 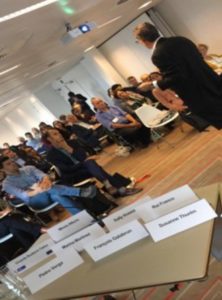 Such inequalities often entail prejudice and marginalisation of vulnerable groups, directly reflecting on their lack of visibility, recognition and sense of belonging to the community.

The first crucial step for a successful inclusion and engagement of the “Unusual Suspects” in local development strategies is therefore to know and understand the needs, perceptions and expectations of people and groups.

Placing trust and empowering all the members of a given local community becomes of absolute importance to allow the (re)appropriation and ownership of places and spaces towards the right to the city and to the village.

Strengthening community bonds and supporting local representations and leadership appeared in many cases pivotal to the success of local development initiatives. Doing so led to the co-creation of needs-based bottom-up projects, ultimately allowing local authorities and practitioners to learn from the direct experience of local groups and use the newly acquired knowledge to inform policy-making.

At the end of the Workshop, two key messages can be taken away.

Firstly, equality does not mean providing special solutions for vulnerable people. Rather it entails entrusting and empowering people in order to design and develop spaces for all to feel welcome.

Secondly, diversity in all of its nuances is the added value to local development and, more broadly, to society. Without including diversity, we fail in developing inclusive and sustainable communities.

“Gender equality means having equal power to shape society and own life”. 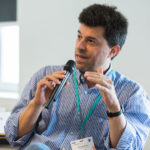 “We need to trust and empower local communities, and let them decide how to use EU funding. The bottom-up approach is way less blocked by prejudice and more responsive to local needs than top-down initiatives”. 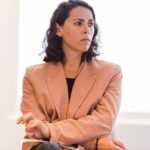 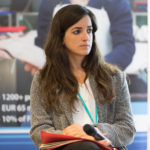 Marina Martinez and Mireia Albors, Social educators in the implementation of community action in the B-MINCOME project, Municipality of Barcelona

“We need to create/develop local groups and leaders, and then co-create with them need-based projects to be linked with existing public services”. 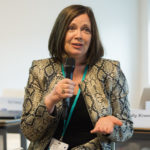 “Multidimensional exposure to risks and vulnerability conditions; we need to rebalance power relations and include minorities into advisory boards and decision-making bodies”. 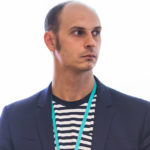 “We support socially engaged entrepreneurial ideas led by young women, and valorise the social role that local retail play in our community”. 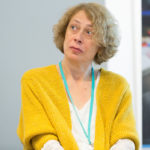 “Women work and contribution is often the key to local development (e.g. in fisheries) but it tends to be invisible”.

Gender equal and diverse local development is a major challenge in a world where the typical elected official is white, male and no longer young. URBACT estimates that 15% of city mayors and slightly more elected members of municipalities are female. Other under-represented groups are ethnic minorities, the young and persons with disabilities.

This workshop has the objective of demonstrating that bottom-up approaches to local development have
succeeded in engaging a range of Unusual Suspects, i.e. the people that are left out of mainstream regional and urban development strategies and lack a voice in society in general. In particular, Community-Led Local Development (CLLD) has strong potential to achieve this, through its emphasis on a balanced partnership at decision-making (project selection) level, as well as on involving a wide range of stakeholders as project promoters.

Across the EU there are numerous examples of local development approaches to promote gender equality and combat social exclusion. In urban areas, these are supported by URBACT through a working group on Gender Equal Cities and vary from a gendered way of exploring the planning of the city on a bus to launching an easily accessible funding scheme for projects engaging women, young people and ethnic minorities in the poorest neighbourhoods. In rural areas LEADER groups are supporting a variety of initiatives such as developing businesses led by women, promoting gender equality in rural schools or facilitating the involvement of young persons in a cross-border entrepreneurs’ exchange. There are also interesting initiatives to generate new types of economic activity based around energy, the circular economy and culture through the smart villages model. Fisheries LAGs have funded, for example, such projects as business training and creating new sources of income in seafood processing for women, or sheltered jobs for disabled fishermen.

Several examples of such initiatives will be used during the workshop, in the format of presentations and
panel discussion, with participants having multiple opportunities to interact and contribute. The meeting will attempt to draw some conclusions about the secret of engaging the Missing Suspects in community led local development activities including a focus on models of governance, the use of outreach and the search for new economic drivers.

LDnet is an informal network set up in 2011 to bring together knowledge and people in local development. People who wish to make a contribution to local development can participate in the network. LDnet is supported by the non-profit LEDA-LDnet Association. The aim of the Association is "to develop and spread knowledge and expertise enabling … END_OF_DOCUMENT_TOKEN_TO_BE_REPLACED