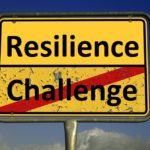 Learning to Shape Change actively in European Rural Areas Since the late 1990s the use of the term resilience has experienced a bonanza (Bürkner, 2010; Vogt, 2015). It is now ubiquitous in European cohesion and regional policy and is often used in a transdisciplinary manner (Lukesch, 2015). In the meantime it has risen to become […]

LDnet is an informal network set up in 2011 to bring together knowledge and people in local development. People who wish to make a contribution to local development can participate in the network. LDnet is supported by the non-profit LEDA-LDnet Association. The aim of the Association is "to develop and spread knowledge and expertise enabling … END_OF_DOCUMENT_TOKEN_TO_BE_REPLACED